Tottenham Hotspur defender Ben Davies scored his first goal of the season in the Premier League as he helped his North London side come from behind to thrash Newcastle United 5-1 at home to take fourth spot on the Premier League standings. The Wales international was able to score his first goal of the season via a header off a Son Heung-Min cross to score the Tottenham Hotspur equaliser on 43 minutes after the visitors took the lead four minutes earlier through Swiss international Fabian Schar from a free-kick after Joe Willock was brought down in the box. 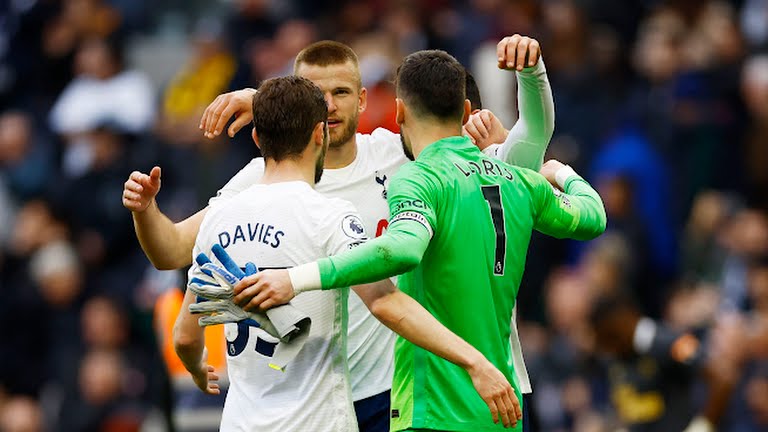 Wales defender Davies has been a regular for Tottenham Hotspur on the left side of a three-man defence since Italian tactician Antonio Conte was appointed as manager towards the end of last year. The Wales international has a return of one goal and one assist in 21 Premier League matches.

Davies scored a crucial equaliser for Spurs four minutes after Newcastle United took the lead thus ensuring that the two teams went into the half-time interval with a goal apiece. His goal gave Tottenham Hotspur the platform needed to come from behind to see off the Magpies in an emphatic fashion. It gave the hosts the impetus needed to score four second half goals and win the game in the race for Champions League football in the new season. Dutch winger Steven Bergwijn came off the bench to seal the big win for Spurs after South Korean international Son Heung-Min, Irish fullback Matt Doherty and Brazilian star Emerson Royal had scored.
With the 5-1 win over Newcastle United, Spurs were able to take fourth spot from Arsenal and they were able to stay there thanks to the Gunners' 3-0 loss to Crystal Palace. Tottenham Hotspur and Arsenal have 54 points but the Gunners have a game in hand. For now, Spurs are ahead in fourth spot due to a better goal difference.