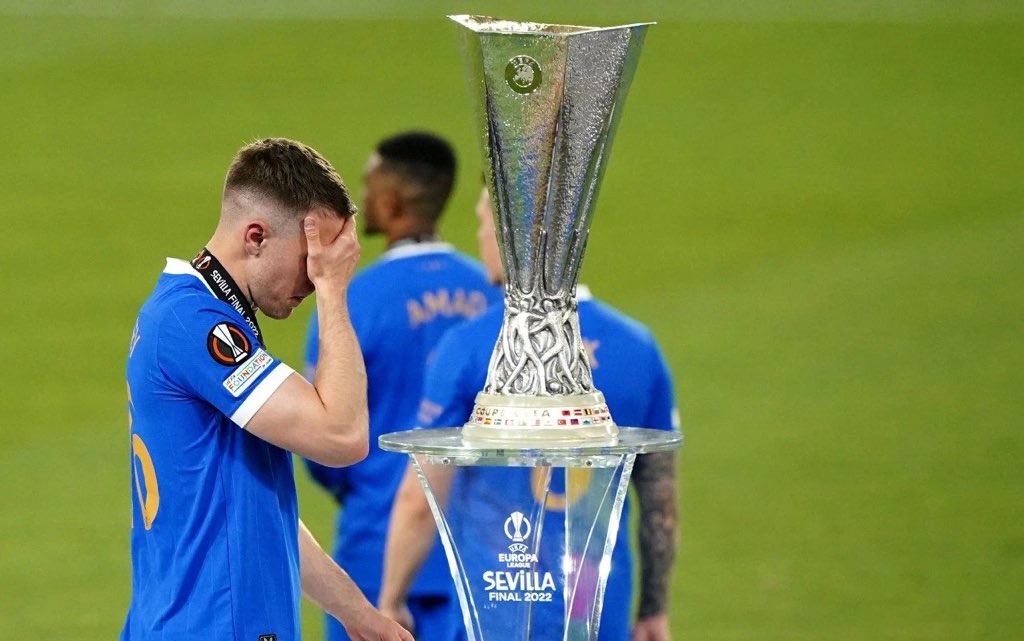 After a goalless situation in the first half, Nigerian midfielder Joe Aribocapitalised on a mix-up in the Frankfurt defence to score the first goal of the game on 57 minutes. Rangers manager Giovanni Van Bronckhorst started Aribo as the central striker in the absence of the injured Alfredo Morelos. Rangers led for twelve (12) minutes before Colombian striker Rafael Borre scored the equaliser for the Scottish team off the cross from the impressive Filip Kostic.

As revealed earlier, the two teams failed to score in extra time thus leading to the dreaded penalty shootout. Rangers started the penalty shootout with skipper James Tavernier finding the back of the net. Both Rangers and Frankfurt scored their first three penalties before Wales international Aaron Ramsey stepped up for the Scottish club. Wales star Ramsey started the game on the bench and he was brought on as a substitute for Zambian forward Fashion Sakala with two minutes of extra time left to play. Sakala was a substitute during the second half of regulation time before he was subbed off for Wales international Ramsey towards the end of extra time.
Ramsey was brought on as a sure penalty taker, but he was unable to score his spot kick. His penalty was saved by Eintracht Frankfurt goalkeeper Kevin Trapp to hand the Germans their first European title via a 5-4 win on penalties. The first six penalties were scored before Ramsey took his own and the remaining three were scored.
The saved penalty from Welshman Ramsey denied Rangers their first European title in five decades. They won their only European trophy by beating Russian team Dynamo Moscow 3-2 in the European Cup Winners Cup final in 1972.