Craig Bellamy In The Shortlist For The Welsh National Team Job

Craig Bellamy has been rumoured as one of the potential candidates for the vacant managerial job in the Welsh national team. The former Liverpool striker is not the only candidate, as he is expected to be interviewed along with the likes of Osian Roberts and Ryan Giggs. The latter has been the fans favourite to take over, but the former Manchester United winger claims that he is still not ready for the top-level job just yet. It remains to be seen if Craig Bellamy, who has largely been involved in punditry work since stepping down from his playing career in 2014, will be interested in such a big job. 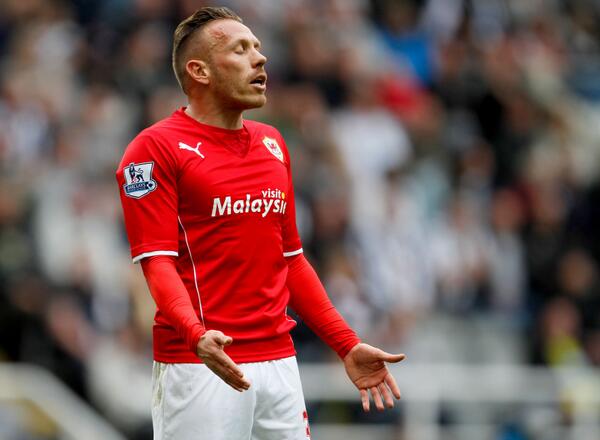 The 38-year-old does not have any managerial experience, but he is regarded as one of the greatest strikers to have represented Wales in recent times. The forward came in with 19 goals in his 78 appearances for the national team, while he played for the likes of Liverpool, West Ham, Blackburn, and Manchester City.

The Football Association of Wales are hoping to appoint a successor for Chris Coleman before the National League draw takes place on January 24. After several years in charge of the national team, Coleman stepped down recently to take over at Championship outfit Sunderland.

Coleman’s potential return to club football has been rumoured for quite a while. His major achievement was taking Wales to the semi-finals of the Euro 2016. The trio have not commented about the potential interview. Giggs has the best of managerial experience amongst the trio after having worked alongside Louis van Gaal as an assistant manager at Manchester United. He was in charge of the Red Devils for a period of four matches, but it is widely anticipated that Giggs would one day be appointed as the manager at Old Trafford – after having learned from the best in the form of Sir Alex Ferguson.