Arsenal legend-turned-pundit Ian Wright has backed the Gunners’ stance with regards to the contract situation of midfielder Aaron Ramsey. The Wales international presently has less than nine months remaining on his existing contract with the Gunners and this has increased the speculation of him leaving the Emirates at the end of the season. 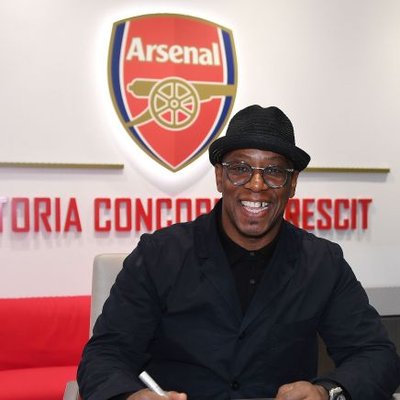 Speaking on BBC Radio 5 Live, Wright supported the decision made by his former club and suggested that the Welshman’s inconsistency may have backed them off from renewing his contract, he said: “I have to stick with Arsenal as they have to make this kind of stance because of the amount of players we've lost in this fashion. Of course Arsenal would want him to stay but they must make this stance.”

“We've seen him [Ramsey] in the Euros dominating when he was absolutely fantastic, we've seen the season [2013-14] he has with Arsenal scoring 20-plus goals and was amazing, we've seen he can score in big games, winning cup finals. But in respect of a consistent performer for the season, making the difference in the league when he's needed? When was the last time he's done that?”

At present, “the contract talks between Ramsey and the Gunners appear to have broken down altogether and there are even reports suggesting“ that the midfielder could be offloaded at the turn of the year. According to Evening Standard, both Liverpool and Manchester United are keeping tabs on the former Cardiff City graduate and “they could potentially tussle“ for his signature in January with the Welshman wanting to stay put in the Premier League.

Among the two, Jurgen Klopp’s side have been deemed favourites to sign him after failing with an approach during the summer though the manager may find it hard to assure him of gametime after the summer purchase of Naby Keita and Fabinho. Ramsey has made a good start to the current campaign with Arsenal with one goal and three assists across all competitions.