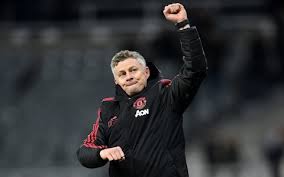 James made his breakthrough under Graham Potter during the previous campaign and he ended the season with a tally of five goals and three assists in the Championship. As such, he was widely predicted to make the switch to the Premier League and a move to United should come with plenty of expectation from the fans.

United boss Ole has placed a keen emphasis on bolstering the squad with younger recruits and the spending should continue during the course of the transfer window. Apart from James, the club have been widely fancied to pursue the signature of Bruno Fernandes after keeping a close watch on the proceedings over the past few months.

The Portuguese had a stellar season with Sporting where he bagged 32 goals and 18 assists and United believe the attacker can produce more creativity within the attack front which was missing during the final stages of the previous campaign. United are understood to have made a bid worth £49m for Fernandes with an additional £21m to be settled as performance-based add-ons.