HULL ARE SET TO SIGN ROBSON KANU AFTER EURO 2016 EXPLOITS

Hull City have been reported to be the favourites to sign Wales international Hal Robson-Kanu after his impressive performance at the Euro 2016, Sky Sports say. 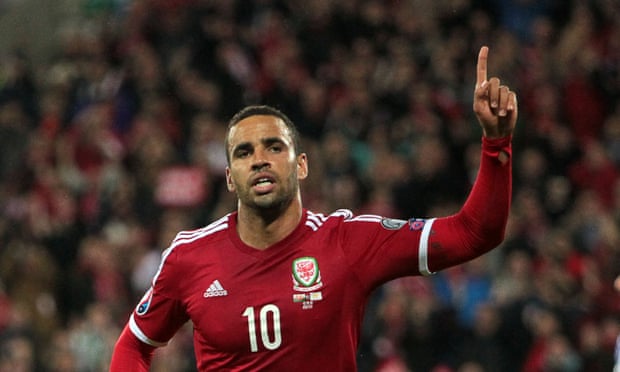 The Welsh star left his former club Reading in May making him a free agent. His resume improved courtesy of the two important goals he got helping Wales to their first semi final game ever.

Robson-Kanu is likely to play in the Premier League for Hull City when the new campaign gets underway in August if the deal goes through. The player scored the goal of the tournament in the 3-1 defeat of a star studded Belgian side at the Euros. Wales produced an exceptional performance at that game in the quarter finals against Belgium, going past their record quarter final stage reached in 1958.

Hull is understood to have offered Robson-Kanu assurances of getting first team action if he agrees to the move. It is also believed that he would get his preferred position of striker if the agrees to the move. Two other Premier League clubs are also keen on landing the Euro 2016 star but the 27-year old has not yet received a solid offer.

On the other hand, Welsh superstar Gareth Bales has engaged his long term girlfriend Emma Rhys-Jones. The couple have two girls together but are now set to formalize the union.