Former Wales and Real Madrid manager John Toshack believes Gareth Bale could make way from Los Blancos at the conclusion of the ongoing campaign. The Welsh attacker has struggled with regular fitness concerns during his time at the Bernabeu and Toshack feels the 29-year-old could be among the players being shown the exit door when the season ends. 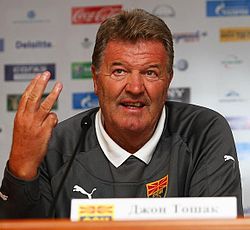 Speaking to ESPN FC, Toshack acknowledged that there is some negativity surrounding the future of Bale, who has not sufficiently impressed on the left wing since Cristiano Ronaldo parted ways with the club last summer, he said: “There is a little bit of negativity about Gareth and his future at Madrid now, frustration at the lack of games he has played. I get the feeling that there will be quite a few changes at the end of this season. But look at all the things he has won -- four Champions Leagues. They will never be able to take that away from him. Given the problems he has had, it is even more incredible what he has managed to achieve.”

“Bale had been expected to take up the scoring mantle after the departure of Ronaldo“ to Juventus during the summer but he has not quite lived up to the expectations amid fitness concerns hampering him once more. The former Tottenham man recently featured during the second half of the shock 3-0 Champions League defeat to CSKA Moscow but his participation for the forthcoming game versus Rayo Vallecano remains doubtful after sustaining “a minor ankle problem“ in the midweek European game.

The clash against Rayo remains Real Madrid’s final league clash before the winter break but between this, they have the club World Cup in the United Arab Emirates to contend with. Los Blancos are aiming for a third-straight triumph in the competition and they are favourites to do so regardless of the indifferent form during the current season. Real Madrid will enter the competition at the semi final phase.