Haverfordwest County tasted defeat for the first time this season, as the Bluebirds were narrowly beaten 3-2 by Penybont at the SDM Glass Stadium last night. Ben Fawcett and Iori Humphreys – with his first senior goal for the club – got on the scoresheet for County, but it wasn’t enough as goals from Rhys Kavanagh, Keyon Reffell and Ryan Reynolds earned Bont all three points. 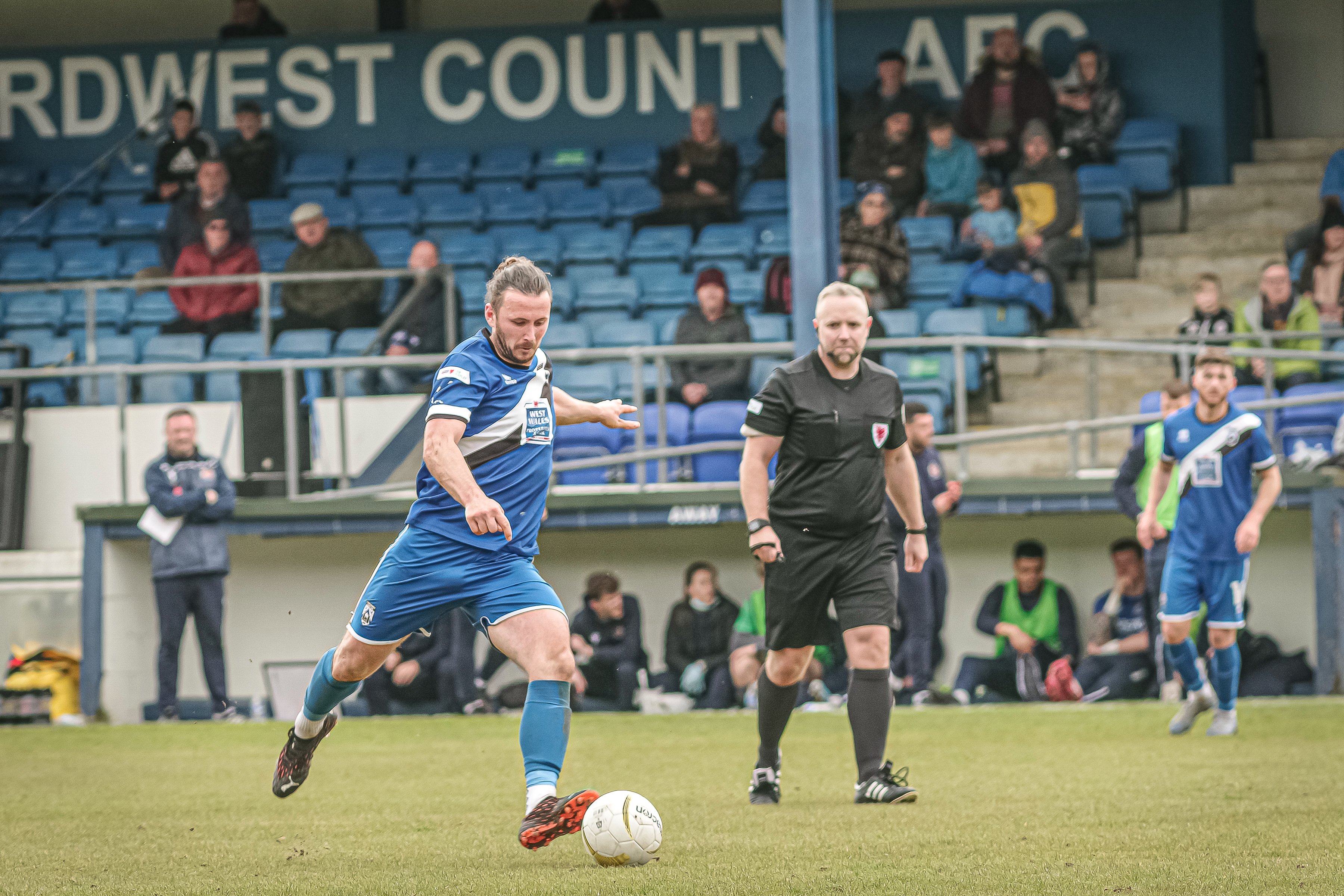 In an entertaining affair, which was played out in front of the live Sgorio cameras and a healthy crowd in Bridgend – which included a strong away following for the Bluebirds – both teams carved out multiple opportunities, with Rhys Griffiths’ side ultimately being more clinical on the night.

Manager Tony Pennock was forced to make two alterations to the starting 11 from Saturday’s victory against Airbus UK Broughton, with midfielders Ricky Watts and Henry Jones both ruled out through injury, as Ioan Evans and Jordan Davies came in, with the former making his first league start for the club.

The first chance of the game came after 11 minutes, when defender Billy Borge headed wide from a corner for the hosts. And then, just four minutes later, Griffiths’ side went ahead when captain Kane Owen found space down the left side before picking out Kavanagh, who found the net to continue his impressive start to the season.

The Bluebirds are next in action on Saturday (September 3), when we host Newtown at the Ogi Bridge Meadow. Kick-off is at 2.30pm. Tickets for the game can be purchased from ticketpass.org, with proceeds from every sale going to our Official Charity Partner, The Justin Edinburgh 3 Foundation.