Goalkeeper Tim Howard has tried to take the responsibility for the club’s poor form this season by claiming that Everton manager Roberto Martinez is not responsible.

The American International goalkeeper will be leaving the club in the summer after agreeing a deal with Colorado Rapids of the MLS. This will see him return to the North American soccer after more than a decade in English football with the likes of Manchester United and Everton. He has signed a 3 ½ year contract with the MLS outfit that will see him join midway through the 2016 MLS campaign. The 29-year old midfielder will travel with Wales' training squad to Portugal this week. Coleman, who just signed a contract extension of two more years, admits Ledley's involvement will be the biggest decision he faces before naming his final 23-man squad on 31 May.

Chris Coleman is the head coach of the Wales national football team and he was being linked with Aston Villa as well as Swansea City.

Those Premier League clubs are keen on establishing Coleman as the manager for their squads, unfortunately for the English teams it does not seem like Coleman is interested in leaving his managerial position in Wales as the 45 year old coach stated that he is committed to continue with Wales and would like to continue with the national side for a few more years.

"My focus is here it has always been here. I haven't worked this hard to get to where we are to start thinking about something else. I'm the manager of Wales. We've got Northern Ireland, Ukraine, then Sweden, and then we go into a tournament, which is where we've always wanted to be. I'm very much in the middle of that, looking forward to it, and that's where my sole focus is." Coleman said as he pledged his future with Wales.

The Dragons fell to a defeat despite a strong performance against Ukraine at the international break.

The Welsh team did a great job in most of the minutes in the game but paid dearly for a slip in concentration. The worry after the match for the Chris Coleman-led team is that the game pretty much went the way of the encounter against Bosnia and Northern Ireland. In those games as well, the smallest dip in focus during set pieces put them in misery.

Chris Coleman claimed that the Euro 2016 should take place as planned even after the latest terrorist attacks in Brussels.

The Belgian capital witnessed attacks from terrorists and it resulted in more than 30 people losing their lives. Several more are injured and the nation has declared a three-day mourning. Coleman says that one of the primary objectives of the terrorists appears to be the upcoming Euro 2016. The tournament will be hosted in France, but Belgium is also expected to get a lot of visitors. As one of the underdogs to win the tournament itself, there is a lot of expectations surrounding Belgium.

Real Madrid recently welcomed Gareth Bale back to the starting line-up and he was in goalscoring form straightaway. The Welsh winger had a great end to 2015, when he scored four goals in the 10-2 thrashing of Rayo Vallecano. He went on to score more goals until the middle of January when he suffered an injury, and has been unavailable since playing 45 minutes of the game against Sporting Gijon.

The manager of the Welsh national football team, Chris Coleman is believed to be in talks with the Football Association of Wales (FAW) as an attempt to find out if his contract will be extended before the group stages of the 2016 Euro’s kick off on June. 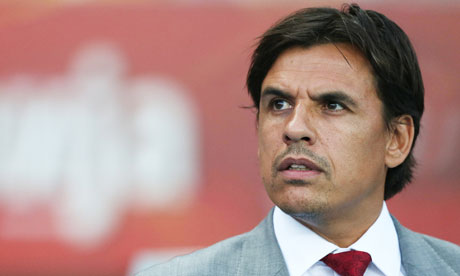 Wales were pitted in Group B along with Slovakia, Russia and England. The first match of Wales is scheduled to take place against Slovakia on June 11 at the Boardeaux Stadium in France which is the host country.

Wales are set to start their preparations for the Euro 2016 in full swing according to manager Chris Coleman.

He claims that the team are set to be part of friendly matches against teams like Sweden as part of the preparations. Wales are expected to be one of the dark horses in France. This after the team achieved qualification quite easily. Powered by the likes of Gareth Bale and Aaron Ramsey in the team, they have been able to stream roll past much of their opposition. Wales suffered only one defeat in their entire qualification campaign and that was only after qualification was achieved.

Welsh football association are pretty relaxed over the contractual situation

The Welsh football association are pretty relaxed over the contractual situation of their manager Chris Coleman.

The former Fulham manager is out of contract after Euro 2016. It appears that the Welsh FA are keen on extending this contract for a further two years. Coleman has also expressed his desire towards the same. However, talks over the new contract are yet to begin. The Euro 2016 starts in a couple of months and Wales have qualified for the competition in style. Coleman’s stock has never been higher after taking the national team to a major competition after more than 50 years.

Tottenham recently reversed a run of four straight matches without a victory by claiming the spectacular 5-1 thrashing of newly promoted Bournemouth in the previous league outing.

However, they have to work extremely hard in order to maintain such high standards according to manager Mauricio Pochettino. The team are up against Aston Villa on Monday night. A victory is essential for Spurs if they are to keep their heads above the likes of Liverpool. Only a few weeks ago, the possibility of finishing in a top four spot looked extremely promising. The failure to win the last four games, though, has taken its toll in terms of confidence.